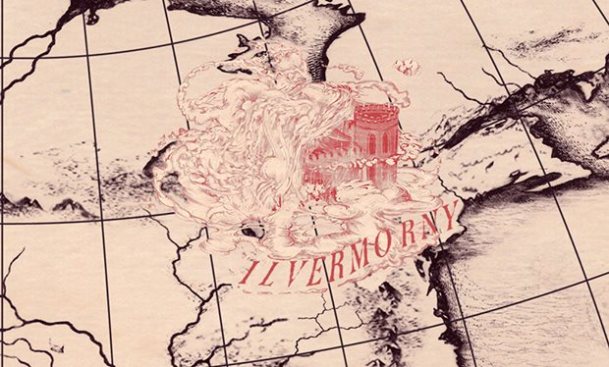 Over the past few months, J.K. Rowling, author of the Harry Potter book series, has unveiled new information about her wildly popular magical world, detailing the role of magic in North American history, as well as introducing a new school (Ilvermorny) that interested fans can get sorted into just like they did with Hogwarts. While some people have readily welcomed this new addition into the books’ canon, others have been much more wary, and even disappointed, by certain features – particularly, Rowling’s use of ideas and beliefs from several Native American tribes.

Back in March when the trailer for “Magic in North America” was first released, Native Appropriations wrote about Rowling’s inappropriate use of the skin-walker. In a piece for her Pottermore website, she wrote:

The legend of the Native American ‘skin walker’ – an evil witch or wizard that can transform into an animal at will – has its basis in fact. A legend grew up around the Native American Animagi, that they had sacrificed close family members to gain their powers of transformation. In fact, the majority of Animagi assumed animal forms to escape persecution or to hunt for the tribe. Such derogatory rumours often originated with No-Maj medicine men, who were sometimes faking magical powers themselves, and fearful of exposure. (x)

The skin-walker is a concept that is deeply entrenched in Navajo tradition and is not usually even openly discussed with non-Navajo people. It is not just a “legend” as Rowling has written, but a concept that is part of a living tradition and used by real people in the present-day. By using the skin-walker in this way, she has co-opted this tradition without permission and even disrespected it by rewriting the narrative for her own use.

Another area that suffers the same appropriative pitfalls is Ilvermorny, the North American magical school (inexplicably, there’s only one for the entire continent, but I digress). Since Ilvermorny is basically Hogwarts 2.0, the school also utilizes a house system. However, unlike the Hogwarts houses, which were named after their founders and used real animals as their symbols (lion, badge, eagle, and snake), Ilvermorny’s houses are instead named after, and represented by, creatures from several different Native American cultures. The four houses are as follows:

The narrative is also distinctively (and uncomfortably) colonialist in nature. There is the implication that the magical communities in North America were much weaker and/or disorganized before European wizards came to the continent. Wands, which Rowling has established as necessary for magic to be best utilized, are a European invention and introduced to the native population by the new colonists. Also, despite its obvious Native American roots, Ilvermorny was founded by four white colonists, with nary an indigenous character in sight. (Here’s a reddit thread with further in-depth discussion on the topic.)

For many people, Harry Potter is more than just a book series – it’s a nearly worldwide cultural phenomenon in and of itself. The books have been translated into 69 languages and is published in 200 countries; the movies have earned over $7 billion dollars worldwide. This has granted Rowling with a massive scope of influence; whatever she writes will be read and have an effect on people’s perceptions of the cultures that she has chose to portray. Her appropriative and colonialist narrative will, quite unfortunately, have a bigger impact than those of the Native community protesting it.

Ultimately, Rowling’s “Magic in North America” is a disappointment, through and through. While she invented magical currency, a sport, and an entire system of spells based off Greek and Latin, among many other things, for her original Harry Potter series, the same consideration was not given when she was expanding her magical world to North America. Fans, especially Native fans, deserve better.

To close out, here are (what I believe to be) some more accurate representations of what the North American magical community could’ve been like.

Vivian Le is currently a student at the University of Pittsburgh, majoring in Sociology and Psychology. She interns at the Thomas Merton Center as the digital media editor for the NewPeople Newspaper.

Tagged as: A: Vivian Le, Race