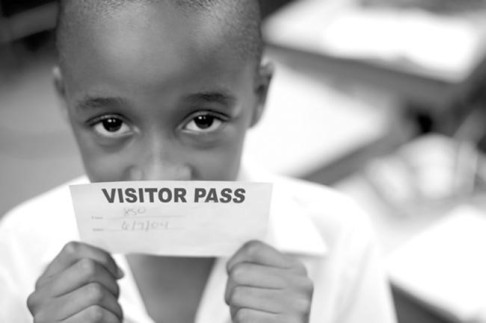 America loves fathers. In response to a rising number of families led by single mothers and studies linking single motherhood to poverty, governments and nonprofits have invested in a wide range of programs that encourage dads to stay involved in their children’s lives. Pittsburgh City Council and Pittsburgh Public Schools recently celebrated their 18th Annual “Take a Father to School Day,” inviting kids from kindergarten to high school to spend a day connecting with their fathers. This weekend, we’ll spend another day thanking fathers for everything they do to support their children on Father’s Day.

According to Rutgers University, over 2.7 million American children currently have a parent in prison, with about 90% of those parents being fathers. Parental incarceration is truly an epidemic: 1 in 9 African American children, 1 in 28 Hispanic children, and 1 in 57 white children in the United States have an incarcerated parent. As recently as 1988, the national rate was just 1 in 125.

International human rights advocates have called parental incarceration “the greatest threat to a child’s well-being in the U.S.” When a parent is sent to jail, they lose the ability to raise and provide for their child. Prisoners are given jobs to produce everyday products for companies like IBM, Boeing, Motorola, Microsoft, Revlon, Macy’s, and Target, but are paid as low as 25 cents per hour. The child typically gets none of those miniscule paychecks, and is often forced to live in poverty on public dollars.

Parental incarceration has been shown to lead to serious academic, emotional, and social issues. Only 1-2% of students with incarcerated mothers and 13-25% of students with incarcerated fathers graduate from college, according to a 2013 report from the American Bar Association and the White House. A study in the Journal of Health and Social Behavior found that these children have higher rates of asthma, obesity, depression, and anxiety. Another huge problem is that these children often have issues making friends; two years ago, Sesame Street released a “Little Children, Big Challenges” special teaching kids not to bully peers with incarcerated parents.

More than 40 percent of federal prison inmates are kept at least 500 miles from home, and 61 percent of state prison inmates are kept 100 or more miles away. This Father’s Day, nonprofits like LA’s “The Center for Restorative Justice Works” will fund busses so that kids can visit their incarcerated fathers, but no such program currently exists in Pittsburgh. Many Pittsburgh kids with willing, dedicated fathers will be celebrating the day with a 15 minute phone call – as well as the $5/15 minute fee.