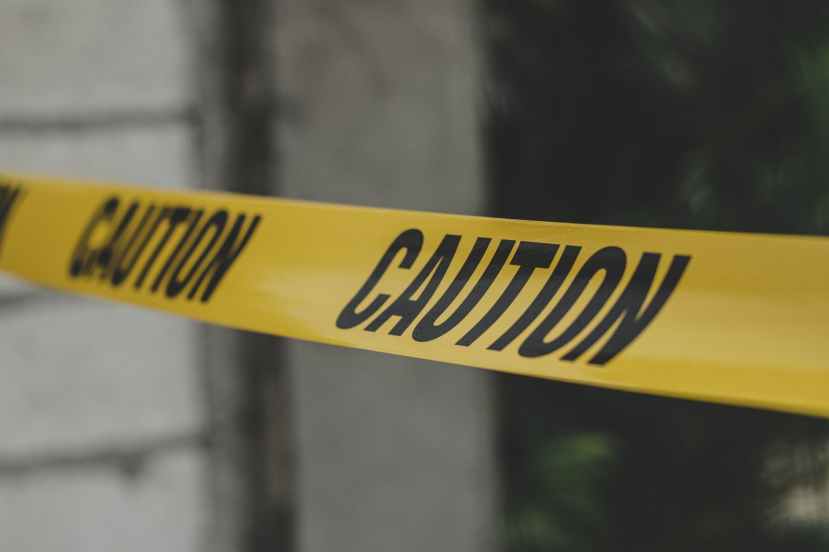 Photo by Viajero on Pexels.com

On July 1st of this year, I was in a online work meeting when I looked outside my window and saw three policemen standing in my back yard, staring at the window of an apartment on the second floor of the neighboring building. Hands on their holsters.

About ten-minutes later, another officer joined them, holding an AR- 15 with the safety on and his finger on the trigger, staring at the window. This scared me a lot so I went out front to see what was going on. Opening the front door, I heard “It’s not worth it anymore, everything has turned to shit!” coming from the apartment the police were staring at. There were 3 officers in the front yard in addition to those in the back. An officer told me to go back inside.
Ten-minutes afterward, the officer density had increased at least twofold, and they had the building surrounded, pointing their weapons at the window. “Joe, just come out and talk to us,” one of them said. Joe threw chips, balls, and cereal out of his window in response.

15 minutes later, a SWAT vehicle pulled up. The entire street was blocked off on both sides. SWAT men, some 20 of them, rolled out, armed with ARs, tear gas launchers, and rubber bullet guns in their Desert Storm gear. They surrounded the building. Snipers in the front and back yard.

Soon the van itself pulled up in front of the building, and from its speaker: “Joe, drop the items in your hands and step out of the building.” No response. Again, the same message. No response. At this point, there are about 30 police and SWAT people surrounding the house, pointing their weapons at his windows and the front door.

Same message from the SWAT vehicle. No response. Ultimately, something of a negotiator came into the building and brought him out in cuffs. First, they put him in an ambulance; then, they took him away in a police car.
Joe was suicidal. Joe was expressing his suicidal intentions to one of his neighbors when they called the cops.

Why did a SWAT vehicle show up for a man who wants to hurt *himself*? I am certain the only reason Joe was taken out of this alive was because he was white and blonde; they joked with him afterward about blasting in his door.
The history of policing in the United States shows us that “law enforcement” is neither equipped nor made for answering mental health calls.

American police emerged from the formation of Slave Patrols, or armed men capturing escaped enslaved people from the 1700s to the end of the US Civil War. After the Civil War, slave patrols were replaced by local militias, which first enforced Black Codes (laws that controlled the rights of Black people to work, live, vote, etc) and later Jim Crow Laws (laws that basically eradicated any rights of African-Americans). By the early 1900s, many cities and municipalities took it upon themselves to establish police forces, which not only enforced Jim Crow laws, but also helped to brutally subjugate any Black people who attempted to stand up for themselves. Though Jim Crow was essentially over by the 1960s, racial profiling by police never stopped. Policing in this country was never made nor equipped for dealing with social issues. Rather, it was created with the purpose of oppression and subjugation.

Pittsburgh PD, why did you bring SWAT out for a man who was expressing suicidal intentions?

Why did you point not one, not two, but 30-40 lethal weapons at a man who wants to hurt himself?

In what world does escalating a situation de-escalate it?

Darya Kharabi is a Virginia native and an active member of the Pittsburgh community.