The newly elected members of TMC’s Board of Directors bring a wide variety of personal and professional skills to the Merton Center, along with broad and deep experiences as activists. They reflect what returning Board member Jonah McAllister-Erikson says is the Center’s role as “one of few non-sectarian places where activists from diverse political backgrounds can come together to struggle for systematic changes to society.”

Jonah McAllister-Erikson joined the Board when the Center was experiencing a financial crisis less than a decade ago, and assisted in establishing a Sustainer’s Committee that has greatly contributed to the maintenance of our fiscal health up to the present day. Initially active on the Anti-War Committee, his current focus is on “public transit advocacy.” He was a founding member of the TMC project Pittsburghers for Public Transit.

Matt Dean is the Environmental Justice Exchange Coordinator at New Voices Pittsburgh, focusing on ecological devastation and how that devastation can be halted and reversed. Other activism includes advocating for reproductive rights at New Voices Pittsburgh – a Black Femme-led and centered organization in Pittsburgh. Following our Board retreat, Dean is also committed to the Merton Center’s work with the Poor People’s Campaign. (1)

Caiolinn Ertel is an LGBTQ activist who supports the Black Lives Matter and Extinction Rebellion movements. A member of the Democratic Socialists of America, Ertel serves on the boards of the Steel City Stonewall Democrats and the Penn Hills Community Development Commission. Prior to moving to western Pennsylvania, Ertel spent decades in Leesburg, VA while working as an air traffic controller and systems engineer. During her time in Virginia she volunteered for a food pantry and a women’s shelter. (2)

Anais Hussian, a United Methodist deacon, works for persons with disabilities, the LGBTQIA+ community, victims of trauma, and people directly affected by our criminal justice system. As a volunteer with FOCUS, Pittsburgh’s Trauma Response Team, she helps “provide community support in response to fatal shootings in and around the city of Pittsburgh.” Hussian is currently the mentor coordinator for Foundation of HOPE, which “strives to empower inmates, re-entrants, and community members to advocate for change in their own lives and in our criminal justice system.” Formerly chairperson of the Western Pennsylvania United Methodist Church Disability Concerns Committee, Hussian seeks to use “both education and bridge-building as tools for promoting peace and justice.” (3)

Ayo Osibodu is a first-generation immigrant from the United Kingdom who served as deputy field director during Summer Lee’s successful campaign for a seat in the Pennsylvania legislature. Bi-lingual, and of Ethiopian and Nigerian heritage, Osibodu has an MBA and will bring expertise in finance to the Merton Board. Currently, he works as a financial counselor with Bank of America. (4)

Nancy Gippert has long experience as a housing advocate. During the early 1980s she was chair of the Board of the Pittsburgh Women’s Center and Shelter, while working as a housing counselor for the Urban League of Pittsburgh and obtaining her law degree. She then worked as supervising housing attorney and Special Assistant to the Executive Director of the Pennsylvania Human Relations Commission in Harrisburg. Following her retirement and return to Pittsburgh five years ago, Gippert chairs the housing committee for Lawrenceville United and is proud of that organization’s success in getting the city to enact inclusive zoning in Lawrenceville. She also volunteers for the Merton Center and Casa San Jose.

Her interest in the Merton Center, says Gippert, is based on a belief that “the best way to make change is to create a movement that joins together all those folks who are fighting to right all the various wrongs in this country.” (5)

Bridget Ferris works at Light of Life Rescue Mission and volunteers with Book’Em. (6)

These Thomas Merton Center board members began their three-year terms in January, following their election. The Center welcomes this diverse, skilled and experienced cohort to its board.

Neil Cosgrove is a member of the NewPeople Editorial Collective and the Merton Center board. 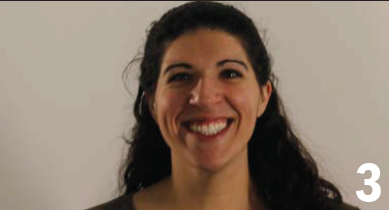 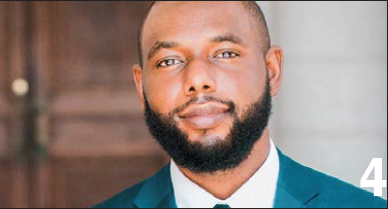 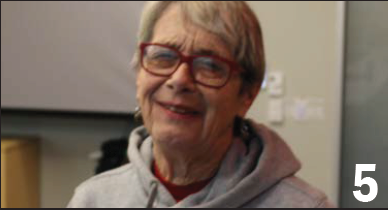