A DIFFERENT KIND OF HISTORY

Two observations must be made right away about the title of Jill Lepore’s These Truths: A History of the United States. The first involves the use of the indefinite article in the subtitle. There are many histories of the US, and this is only one of them, one quite unlike those you may have encountered when studying American history in school. Indeed, any book that announces itself as “The” history of the US should be viewed with immediate suspicion.

Which leads us to the main title, clearly lifted from the Declaration of Independence: “We hold these truths to be self-evident, that all Men are created equal, that they are endowed by their Creator with certain unalienable Rights …” Lepore’s focus is to examine just how those “truths” have been interpreted, applied, and altered, right up until our own time, when truth itself is a matter of considerable disputation.

Consequently, we are presented with all sorts of information you won’t find in more common narratives of our nation’s evolution. Quickly, for instance, we learn there were 15 million more people living in the Americas in 1492 than in the whole of Europe, but that between 1500 and 1800, 50 million of those original Americans died, mostly from disease, while 2.5 million Europeans moved here and forced 12 million Africans to help them re-populate the hemisphere.

When the English colonists first rebelled in 1775, Lepore argues, the idea was to retain their rights as Englishmen. But then a British general offered to free “any slaves who would join … in suppressing the American rebellion.” This offer, observed a South Carolina delegate to the Continental Congress, did “more effectually work an eternal separation between Great Britain and the Colonies … than any other expedient which could possibly have been thought of.” The importance of slavery to the colonial economy, especially in the southern colonies, was not lost on the rebels who, even after successfully establishing their own country, lived in constant fear of slave defections and rebellions.

That economic imperative, especially in locations where white males were often outnumbered, clearly influenced just who should be included in the phrase “all Men” and just who deserved the “Rights” a Creator had endowed, as the Constitution, subsequent legislation and, eventually the “War of Secession” would attest. However, not even the racists could agree on just what the Constitution did say. Justice Taney, in the Dred Scott decision that denied people descended from captured Africans any claim to citizenship, claimed the Constitution’s writers believed blacks to be “beings of an inferior order, and altogether unfit to associate with the white race, either in social or political relations …”

But Alexander Stephens, vice-president of the Confederacy, said in 1861 that the 1787 constitution assumed “equality of the races” while the Confederate one rests on the “opposite idea … that the negro is not equal to the white man; that slavery … is his natural and moral condition.”

Lepore’s strategy is to call into question certain persistent myths about our history, like the “states’ rights” cause of the Civil War, by citing both the known facts and the very words of the relevant historical personages. She also makes sure the reader perceives the connections between current racial tensions and their historical antecedents. Hence, the Black Lives Matter movement is related to Ida B. Wells’ anti-lynching campaign, and Donald Trump’s challenge of President Obama’s birth certificate is one more echo of Dred Scott.

After a while, a reader can understand the selfprotective nature of Americans’ willful ignorance of their country’s history, without accepting it. After examining Taney’s language in Dred Scott, the insistence of those long relegated by a majority to “inferior status”—people of color, women, people with different sexual orientations or gender identities—on their preferred forms of address and characterizations of identity can be seen not as an infringement on free speech, but as a request for recognition and respect.

Lepore does much more with her exploration of the Declaration’s “truths” than can be closely examined here. The fights for women’s rights and gay marriage are thus contextualized, as is the role of religion in politics, which gets a much more sympathetic review than one might expect. (For instance, William Jennings Bryan is often portrayed as a fundamentalist buffoon in the context of the Scopes trial. But his main objection was to social Darwinism and “the survival of the fittest,” a formulation created by Herbert Spenser, not Darwin, “to defend all manner of force, violence and oppression,” writes Lepore.)

This is a rich book, in which the many threads Lepore follows illuminate our nation’s present condition. One more example is the development of political consultancies, and how they facilitated the thwarting of attempts to create a national health system under Truman and Clinton.

My own quibble is that too often the factchecking and editing gets careless, as when World War I casualties are confused with deaths, and the year 2011 is placed in “Obama’s second term.” Let’s hope for a second edition in which such errors are eliminated. 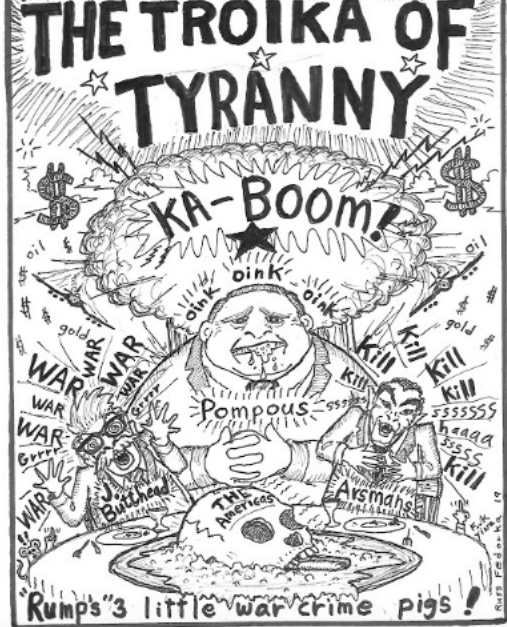 Neil Cosgrove is a member of The NewPeople editorial collective and the Merton Center board.