The Homogenization of Asian America 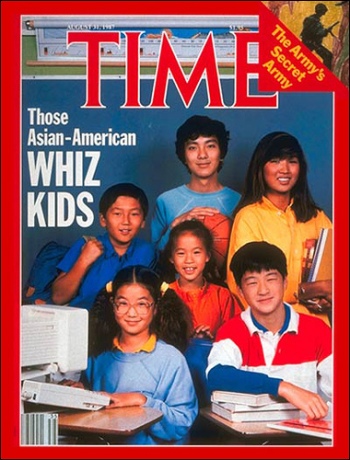 In the past decade, Asian Americans and Pacific Islanders (AAPIs) have become the fastest growing racial group in the United States. Comprising around 5.8% of the total population, there are 18 million (and rising) people of API descent in the United States right now; this number is expected to grow even larger in the coming years with a projected growth of around 134%. AAPIs are also the most educated (49% have at least a bachelor’s degree, more than 20% higher than the national average) and have the highest median income of any group ($66,000 vs $49,000 for everyone). [1 / 2]

This narrative of success has led to the image of AAPIs as a “Model Minority.” While it is seemingly idyllic, and some may even argue that it’s a prime example of the American Dream being actualized, the data does not actually provide a wholly accurate image of the AAPI community. This blanket assumption that all Asians are skilled and prosperous also erases the diversity of the experiences found in the community and replaces it with the idea of a more monolithic identity.

Educational attainment also varies among the different ethnic groups. While a staggering 70% of Indian Americans, and over 40% of the Chinese, Japanese, Korean, and Filipino community have a Bachelor’s degree or higher, the same is not true for many Southeast Asian ethnic groups. Only 26% of Vietnamese Americans have a higher degree, and the rates in the Cambodian (14%), Laotian (13%), and Hmong (13%) communities are even lower. High school dropout rates among Hmong (40%), Laotian (38%), and Cambodian (35%) students are also much higher than the national average (7.4%). Of Native Hawaiians and Pacific Islanders, only 14% have a higher degree. Also, nearly 1/3 of the AAPI community has limited English proficiency, which provides challenges in getting assistance in healthcare. This data is often related to the different circumstances under which different Asian immigrant groups have come to the US. [ 1 (tags in header) / 2 / 3 / 4]

While some ethnic groups have had a long history in the United States (Native Hawaiians were here even before the white colonizers, and some Filipino, Japanese, Chinese, and Indian families can trace their lineage to at least the 1800s or farther back), it wasn’t until 1965 that the Hart-Celler Act abolished the racist quota limitations that were placed on Asian and African countries. The majority of Asian immigration has thus only occurred after 1965. [1 / 2 / 3 ]

The reasons for immigration are also not the same among the different ethnic groups. Indians and Filipinos are more likely to be selective about their immigration and often come to America by employer-based high-skilled visas. In contrast, since 1975, over a million immigrants from Southeast Asian countries, such as Vietnam, Cambodia, Laos, and Myanmar (Burma) have come to the United States as refugees. They often don’t have as advanced of an education compared to other Asian ethnic groups and have a harder time establishing themselves in the country. Many refugees also still face the threat of deportation, even after decades of coming to the United States. [1 / 2]

While the term “Asian American” is useful as a panethnic designator, to conflate it, and the narrative of the “Model Minority,” into being the identity of millions of people with different cultures and histories is simply ridiculous. Fourth-generation Chinese Americans are not first-generation Indian immigrants who are then not Laotian refugees. This isn’t to say that there aren’t some shared experiences among the different members of the AAPI community, but there also needs to be an effort to recognize and respect the different identities and cultures that make up the community as well.

The concerted homogenization of the diverse AAPI narratives continues to be troublesome and harmful. It was the belief that all Asians are alike that led to the violent murder of Vincent Chin, a Chinese-American man, by two white men who thought he was Japanese and blamed him for their layoffs from the auto industry in the 1980s. It’s also why AAPI applicants need to score over 100 points higher on their SATs to be given the same consideration for college admissions as white applicants.  If the growing AAPI community is ever going to receive the help and support it needs, then America needs to let go of its monolithic beliefs, and soon.[1 / 2]

Vivian Le is currently a student at the University of Pittsburgh, majoring in Sociology and Psychology. She interns at the Thomas Merton Center as the digital media editor for the NewPeople Newspaper.