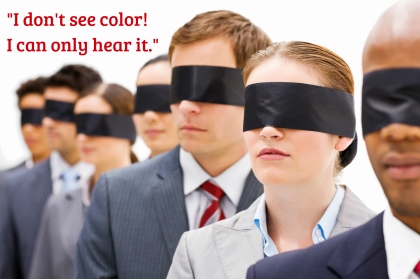 “What we need is unity. The only race I belong to is the human race!” said the white man.

Acknowledge that as you ask us to “unite” with you, you are in effect asking us to give up. You are asking us to be complacent with the racist, discriminatory systems that your people helped create, and you, today, still continue to benefit from. Acknowledge that while you’d love for us to support your organization, you’re still not willing to step foot in our neighborhoods to support ours.

Acknowledge that “black-only” spaces and programs were created not because we wanted to get away from white people, but because white people didn’t let us in. Acknowledge that the BET Awards exist because only six black women have ever won an Oscar, and that they won for parts portraying maids, psychics, abusive mothers, and slaves.

Acknowledge that most black scholarships are privately funded by black people that want to lift up their own community, because they know that the average white family owns 14x the wealth of the average black family. Acknowledge that a white woman was able to become president of an NAACP chapter by spending $1500 on fake dreads, while black girls across the country continue to be ashamed of their natural hair.

Acknowledge that Black Action Societies exist on college campuses because they’re our best bet at finding a community where we are welcome. Acknowledge that just two years ago, Pitt decided to “celebrate diversity” with a display featuring four people of color and forty-eight white students proclaiming things like “We are white girls, but we don’t like pumpkin spice lattes!” Acknowledge that for every joke about you liking Starbucks, there are ten jokes about us being ugly, dirty, unintelligent criminals.

Acknowledge that whenever a black person enters a white company or neighborhood or school, we naturally feel like an Other; uncomfortable and afraid of what you might think, say, or do to us, because we’ve been insulted, hated, and ignored by white people before.

Acknowledge that we avoid cops not because we are guilty, but because we have seen the stories of cops walking away clean after killing our innocent brothers and sisters. Acknowledge that our parents raised us to assimilate, keep our heads down, and only speak when spoken to, because they know that’s the only way for us to stay safe and to get ahead in this world – and that we’re sick of it.

Acknowledge that we are different. Don’t ask us to “unite” into one homogeneous, cultureless society – ask us to connect. Allow us to celebrate the differences we’re proud of, and help us end the disparities we’re not proud of. Use your privilege to end the racism in your own family and community, as we work on the problems within our own. Accept that you don’t know everything. Above all, listen to what we’re saying, and believe us when we say it.

Let’s learn and grow from each other, instead of trying to become each other.

Tagged as: A: Angelica Walker, Race