This building is a sign of PNC’s commitment to sustainability. So I’m hoping that you will take under consideration the issue of PNC’s investment of $600 million in the production of nuclear weapons.

On April 11th the Wall St. Journal published an op ed entitled “The Threat of Nuclear War is Still With Us”.

It was written by three former officials: George Schultz, Secretary of State; William J. Perry, Defense Secretary; and Sam Nunn, chair of the Senate Armed Services Committee. These men have intimate knowledge of war and weapons.

I quote. “The U.S., its allies and Russia are caught in a dangerous policy paralysis that could lead—most likely by mistake or miscalculation—to a military confrontation and potentially the use of nuclear weapons for the first time in 74 years.”

Weeks ago, the first of a new generation of bombs, the most dangerous ever built, rolled off the assembly line in Texas. These are less destructive but for that reason, much more of a threat. They’re designed not to deter but to be used.

The Bulletin of the Atomic Scientists last year moved their Doomsday Clock up to two minutes before midnight. We may be even closer to a nuclear holocaust.

Yet the U.S. will spend $494 billion on nuclear weapons, according to the Congressional Budget Office, between this year and 2028.

Cleanup of radioactive waste, “one of the most hazardous substances on earth,” according to the Government Accountability Office, will cost $541 billion.

Given the real needs of our nation, including infrastructure and healthcare, I must ask, why does a Bank that serves the public make such risky investments in companies whose products endanger the planet and its people?

I hope you’ll continue your commitment to sustainability by deciding to move your money to productive and forward looking investments. 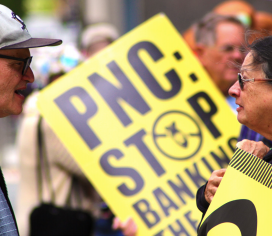 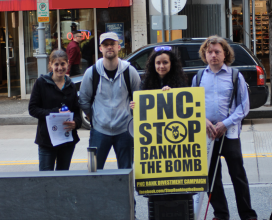 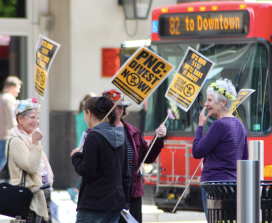 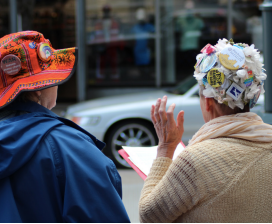 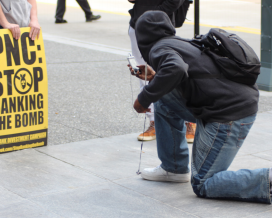 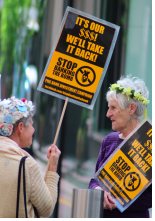 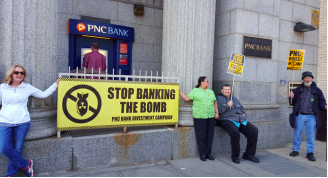 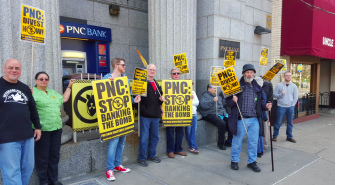